FACTS ABOUT EARTH – Our Home Planet 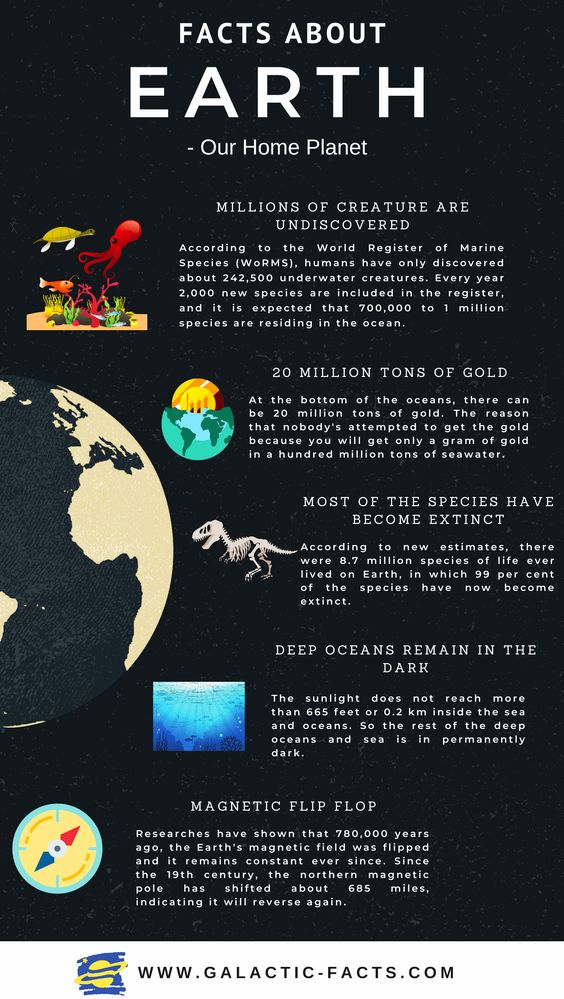 MILLIONS OF CREATURE ARE UNDISCOVERED
According to the World Register of Marine Species (WoRMS), humans have only discovered about 242,500 underwater creatures. Every year 2,000 new species are included in the register. and it is expected that 700,000 to 1 million species are residing in the ocean.

This site uses Akismet to reduce spam. Learn how your comment data is processed.